3D Delta bots are very cool. They do pick and place, assembly, platform stabilization/movement, and a ton of things that they aren’t the best design for really. Looking at them, you even get the feeling that you could probably build one. And perhaps you could, but I demonstratively can’t, at least not without using components that aren’t from the crash pile or under a dollar on ebay/alibaba. 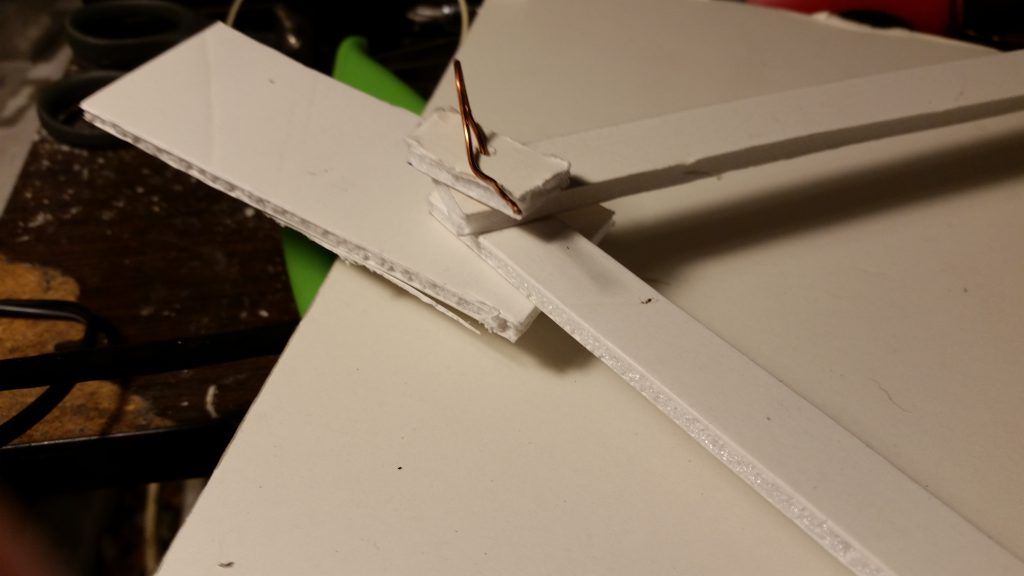 So after several rounds of totally not building one, I was sketching a little on what the movement would work like on a working one. It turns out that’s also not as cut and dry as I imagined, or perhaps my geometry is a little rusty. To get a bit more of a grip on things, I sketched at an equivalent two-dimensional version – just moving two arms (along a line or through rotating one end) connected to two more, connected to each other. That was still not that trivial, but much easier and should translate into 3d. But then I realized that *building* one would be cool. Not 3d cool, but still cool, and actually sort of skill-appropriate. So I sketched more, trying to figure out the sizing on the arms, and then I wrote up a slightly dirty html5 page to emulate them.

Quick control explanation: top sliders rotate the arms. The four fields are limits on how far they can rotate (click Apply limits and it’ll be pretty obvious). “Draw reachable” colors in the area your contraption can reach within the limits (it’s a on-off thing, starting and stopping continually drawing it, should really be a checkbox). “Sweep” runs it around arbitrarily a bit, drawing a line.
The ‘D’ slider changes distance between the fixed points. The s1/s2 adjusts the length of the two segments. These are the real adjustments of the operation in terms of changing what you can reach and how precisely. 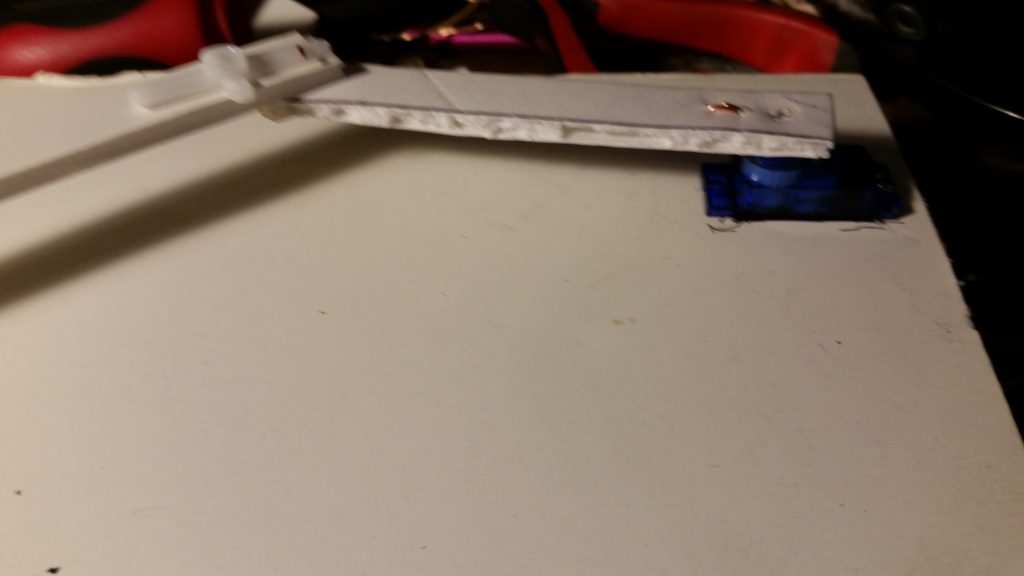 I’m planning on driving it with servos (to start), so range of motion for each leg will be around 180 degrees. It’s beneficial to use the whole range, since each “click” along is a long (or as angular) as it is, so mapping more of them to more of the end result is better. It’s also good if it doesn’t pull itself apart, slam into itself, or anything like that. Again, less intuitive than it seems. Eventually, decided on some tentative proportions. I went with 80 and 160 long arm segments, 150 apart. With Â the limits -50 deg – 130 deg / 50 deg – 230 deg, but given the arbitrary origin that doesn’t mean much besides 180 degree range – to be determined on non-sim design.

And here is the meatspace implementation. I decided to consider.. whatever the units that look like pixels but are probably some kind of ninja browser unit.. to be mm in this version. It’s built from posterboard (97c/giant multi-sqare ft), copper wire (reused from junk) and two towerpro sg90 servosÂ . If you don’t recognize them right off, they’re the standard “cheapest china could muster”, around $1.9-$2.1 each in 5-10 packs. They’re very strong, precise, and all around backing up their cost, but a big part of that is being half to price of anything even pretending to be decent quality. None the less, good experimenters. The speed here is my software walking it around randomly and gently – it can swipe the full 180 deg in half a second.

Well, about that.. there’s no positioning around the dial opening up a full 180 without slamming into each other or folding back over itself. I considered the connection points to be the “measure to” place, and was perhaps a little off on the side to side thing. High tolerances too. Either way, it works, but with range limited to around 60 degrees.

It’s controlled by and arduino nano knockoff (I’m sure the real deal would be ok). The only connections, despite the looks of it, is pin 9->signal (orange) on servo 1, pin 10->signal servo2, both reds to +5, both blacks to GND. USB to PC. It’s very rudimentary so far, but here’s a near-nothing sketch:

It was written using the online editor (for no real reason) and is really just the servo library, as demoed in their examples and not much else. I still need to get a more controlled drive with a purpose going. The html5 browser sim is arguably more interesting in terms of software, though it’s pretty simple too. Perhaps I’ll write up the geometry a little better when I get to it. If it advances to something more, it may be going on instructables.com. 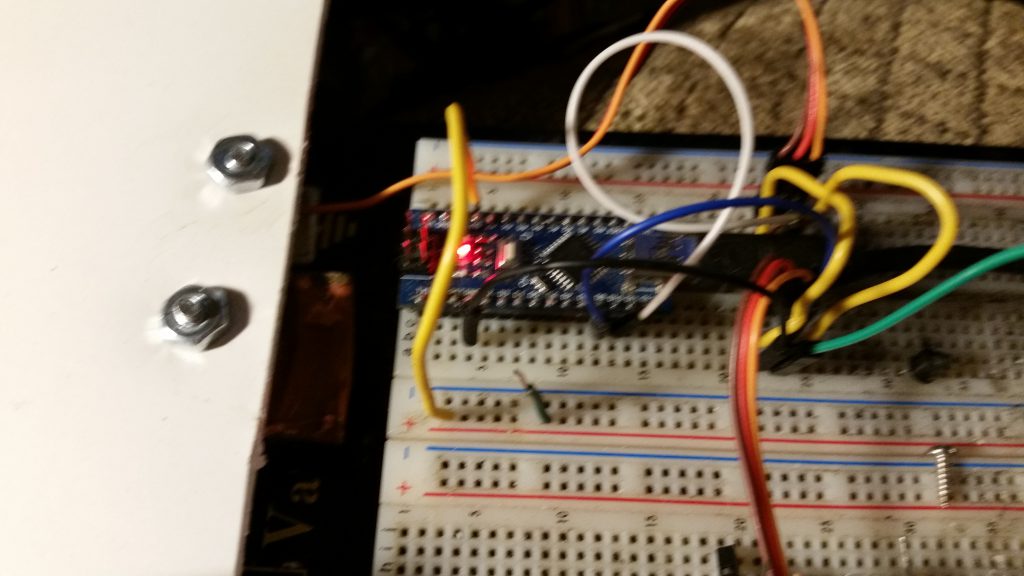 looks like a lot of wires, but it’s mostly from having too few f-f and m-m ones – it’s just pin9-10 -> servo1-2 orange, servo1-2 red/black -> +5/ground. I put two bolts through it, mostly because the breadboard is a bit big and has two bolt holes in it right there..