My cd drive broke. I hadn’t used it for ages (though suddenly missed it twice since – go figure) and realized it’d be better to connect my external hdd to it’s port (laptop,tight on that). Check if that’s really possible (yup, there’s even special docks shaped like a Cd drive for an extra Tb hdd or few 100 Gb solid state) and find people hooking up sound boards, desktop size pcie 1x contollers, graphics cards (barely, external power and tight bus) with the mPCI-e port you usually use for internal wifi and expresscard ports. I notice I have an expressport. Awesome! But.. too pricey. Decide to check what they want for the sata cabling, if I solder it from parts it should work but could be sketch. They have them, but around $15-20 and always in parts (lots for internal only). There were some separate sata controllers for the pci-e ins. And, cheapest of all at $12, a two port usb 3.0 card. I vaguely remember seeing that my external supported that. Sold. 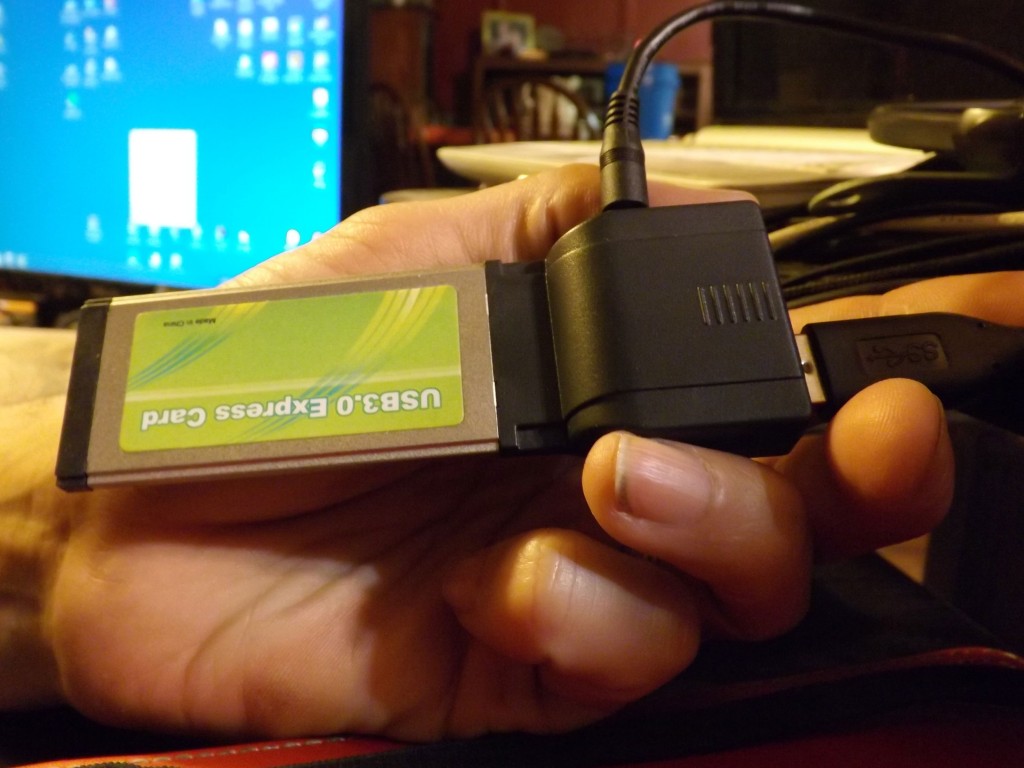 So after that run-around-y way of getting, there it is. Iâ€™m thinking this is kind of a niche product, but fortunately I’m it. It is (as you can see) a little on the large side – probably would need to be disconnected for moving. I already do, as it’s hooked to an external drive and it doesn’t move that much anyway. It needs power (can be from a a usb port which may be an issue plus losing a port, but no worries – I’m glad it follows spec and it can be fed with a random 500mA dongle instead of usb. 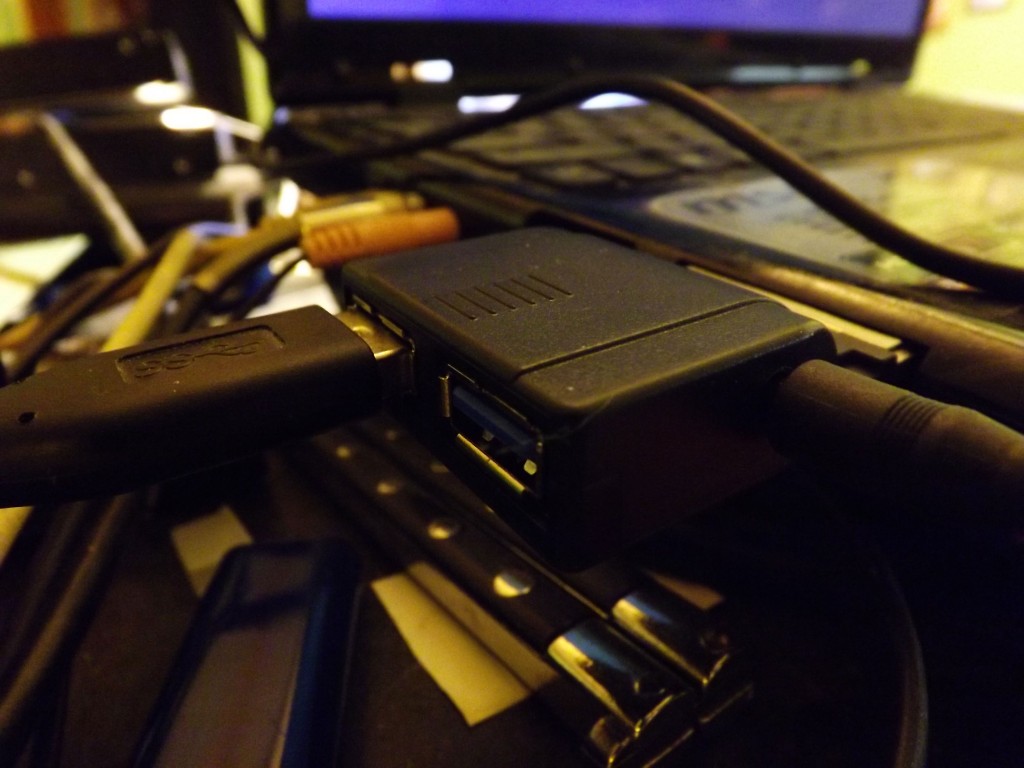 Installation, however, was flawless. Plugged in, waited a moment, done. I’ve only (predictably) tried one device but it worked really well. Here’s data. 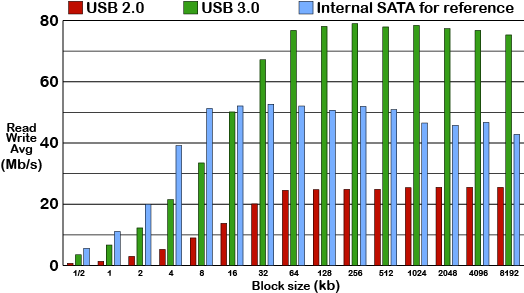 As you can see, I’m hardly bottoming it out here, it’s only a bit past what USb 2.0 should do in a perfect world. You can also see, though, that it very much was doing nothing of the kind. It’s a pretty cheap drive, so I’m thinking this is probably about what it’d do regardless of controller – the bottleneck is at the drive itself at this point. I’ve used another similar drive outside of the enclosure when it was failing and I was trying to rescue some data and while I didn’t really run benchmarks, it ran about like your average HDD, no slower or faster, even hooked straight to a fast SATA II.

Very satisfied with this gizmo all in all, hoping to carefully pick out and add another USB 3 device when I figure out what would be worth it. Do keep in mind to check what your machine has available when expanding or adding on – I’d never really considered anything but USB (1 and 2) figuring.. well, it’s a laptop.. but when it came down to it there’s *two* nice chunks of PCI-e and a whole SATA port for the unused CD player. I could hook up four more of these before there was any reason to consider the (crawling) speeds of USB and even then, there’s also an ethernet port (used, but a networked drive on the lan is still faster than usb2). A friend of mine mentioned doing something similar today and putting in SSD after realizing there was an mSATA port with some space on it. Could be the CD bays fate if I come into money.